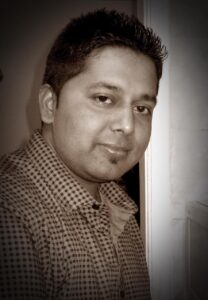 He is basically from Bihar & presently settled in Gurgaon Haryana. He has done his Schooling from Darbhanga Bihar. He has completed his Bachelor of Physiotherapy from Rajiv Gandhi University of Health Science, Bangalore Karnataka. After completion of his UG, he went to Sheffield Hallam University, United Kingdom for his Master Of Physiotherapy in Musculoskeltal & Sports in 2010.

Dr. Mayank Pushkar is one of the Trustee in Global Association for Physiotherapy
Presently he is the Director & Chief Instructor of Eploris Healthcare.

He is also the director of Pushkar’s Sports Physio Hub, Gurgaon.
He has worked from 2012 to 2015 in Jharkhand Government & after that resigned from there and worked for few months in Sports Authority Of India (SIA).

He has worked as Sports Physiotherapist in many National & Internation games.

He has worked as sports physiotherapist during 3rd National Martial Arts Game.

Presently he is the member of ‘Board Of Advisors’ for National Martial Arts Academy, India.

He has been awarded with more than 60 awards during national, international conference & seminars for his continous hard work towards the profession. He has conducted more than 130 workshops & more than 25 webinars till now on different topics of physiotherapy.

He is certified Instructor for different techniques like Dry Needling, Cupping & Taping.

He has done Diploma is Cupping therapy as well as Diploma in accupunture & dry needling.

He is certified Manual Therapist.
He is the registered member of Many national & international association.

He has served as Vice-Chairman for All India Medical Physiotherapy Congress since 2012-2015.

Till date he has trained more than 5000 students nationally & internationally.

He is one of the youngest resource person who has completed a maximum no of workshops in less time period till now in India. In just 2 years he has completed 115 batches workshop.