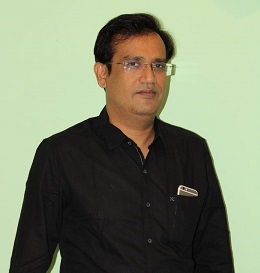 Dr. Prakash Kumar Mishra is the founder/director of Neuron Physiotherapy and Rehabilitation center. He has worked as Asst. Professor & Senior Clinical Physiotherapist at College of Medicine & Health Science Jimma University, Jimma, Ethiopia from
December 2017 to November 2020 and he has also worked as Lecturer and Senior clinical physiotherapist at the University of Gondar, Gondar, Ethiopia under UNDP (United Nation development Programe).

He was also head of the department at the Indian institute of health education and research in Patna, Bihar, India.

He was also Appointed as a CLO (central level observer) two times at Patna center by the
Rehabilitation Council of India, New Delhi. He has more than 15 years experience of in teaching and clinical.

He has also written some research articles. He is also an active speaker and has organized many workshops on Soft Tissue Manipulation.

He has volunteered for welfare work in different NGOs like Mother Teresa for physically and mentally challenged children and Nega Tesefa Foundation for children empowerment in the past.

He still actively participates in welfare work for NGOs.

He has also won many awards such as the Father of Physiotherapy at Ethiopia, Best teacher Award (twice) at Gondar university and many more.
He has had a very good experience working with world-class physiotherapists Anneloes Overbelde
(Ph.D. Pade. Physiotherapist), Michel Sanford (Soft Tissue Manipulist), Steve Sanet (Osteopathy).