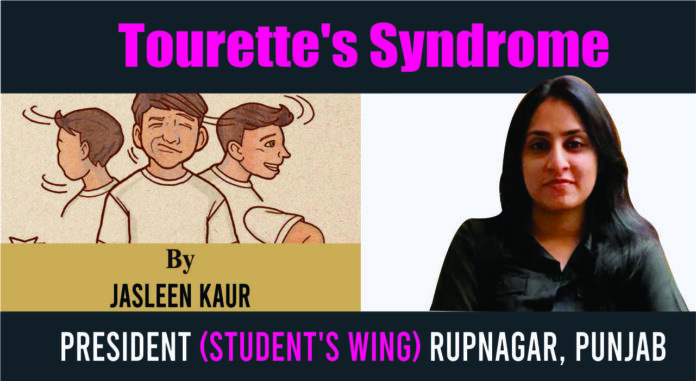 Tourette’s Syndrome is a neurological disorder that can be determined by involuntary, un-rhythmical, sudden motor movements, and also vocalization. It does not just include the involuntary movements but also the involuntary production of sounds which are termed phonic tics. This disorder is persistent in nature.

This syndrome targets children of 0-18 years of age. Along with the disorder, there are certain co-occurring conditions such as Obsessive-Compulsive Disorder (OCD), Attention Deficit Hyperactivity Disorder (ADHD). Because of Tourette’s syndrome and its comorbidities, the child might suffer from tics, which can be painful.

Presently, the exact cause is not known but studies have predicted that it can be triggered when there is abnormal metabolism of chemicals in the brain like dopamine and serotonin. Further, probing into the same, it is likely that the occurrence of TS is related to the cortico-striatal-thalamic-cortical circuit which in turn causes an unconstrained limbic system. This disorder can be a result of factors including social & environmental factors and multiple genetic abnormalities.

These are characteristic features of Tourette’s syndrome. Tics are sudden, involuntary movements with severity ranging from mild to severe that might interfere with the day-to-day life of the individual. The individual might repeatedly do sudden movements, twitches and might also make sounds; the former is termed as “motor tics” and the latter as “phonic or vocal tics”. These tics are categorized into “Simple and Complex tics”.

SIMPLE TICS- These are the abrupt phonic or motor movements with the involvement of one muscle group.

COMPLEX TICS- These are abrupt phonic and motor movements with the involvement of more than one muscle group.

The exact treatment and cure for TS are not known yet but physical therapy or exercises help manage the symptoms of the disorder and in addition, keep the mental health of the individual in a good state. Though it is short-lived, the stretching and physical exercises help manage tics to some extent. As physical therapy exercises have been known to ameliorate the health of individuals holistically, likewise, it has shown significant results in managing symptoms of TS too. The physical therapy protocol includes 2.5 to 3 hours of intervention accompanied by regular exercise sessions which are to be done on the regular basis for 6 weeks to 3 months, in accordance with the severity of the disorder. The detailed protocol of physical exercises might include kickboxing and a 30 mins session for aerobic exercises. At home, the individual should try to indulge in daily chores like sweeping. As, while sweeping the movement indulges the axial dorsal and cervical muscle groups which might help in attenuating the tics for a significant period of time.

The physical therapy sessions can be conducted at home by the therapist or at the clinical premises only. With the indulgence of physical therapy management, the effect of the comorbidities reduces or subsides to a particular extent, thereby, decreasing the frequency of occurrences of tics and severity of the disorder.

The physiotherapy management for TS includes the following:

Note- The physical therapy and exercises might be modified in accordance with the comfort, severity, and symptoms of the disorder which varies from one individual to the other.
By Jasleen Kaur
President, Rupnagar
Punjab Student’s Wing
Global Association for Physiotherapy 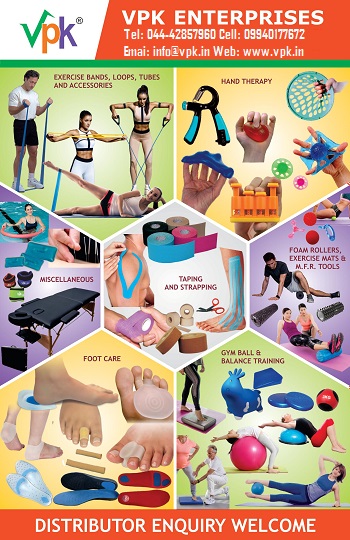